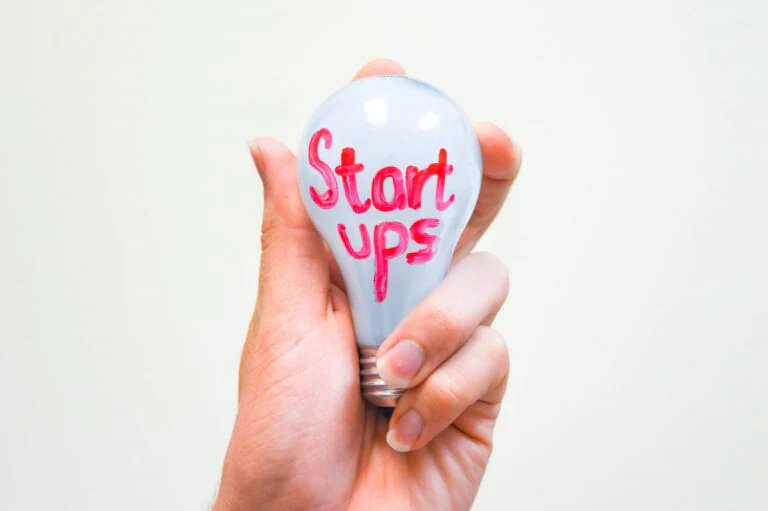 The word has got out that Wurkr is trying to change the future of work. Thanks to the amazing support from our investors, we were able to raise 1M in seed funding. Investors can be essential to businesses like ours, with their help we, and others, are able to complete the work that we’ve set out to do. They like to stay on top of their investments through resources like an esg portfolio analysis, amongst other services, so they know what they are doing and where their money is going – to businesses such as us.

We were also fortunate enough to have Shruti Mishra write about Wurkr’s amazing achievement on CNBCTV18.

The following article was written by Shruti Mishra for CNBCTV18 on 25 February 2021 :

Here’s a wrap of the top startup stories today.

The government will decide which platform will come under the ‘significant social media’ category, based on the number of users, and these companies will have three months to comply with the norms under new IT rules, said union IT minister Ravi Shankar Prasad.

As Prasad pointed out in his media briefing, while the country welcomes social media platforms to do business in India, “they need to follow the Constitution and laws of India.” “Focus is self-regulation by social media majors with soft-touch oversight mechanism,” he said.

According to Prasad, it is important for ordinary social media users to have a forum to raise grievances against the misuse of social media like spreading fake news and inciting violence. So, these companies will have an additional compliance burden under the new IT rules. This includes having a Chief Compliance Officer of Indian origin to be appointed. They will also have to publish monthly compliance report. These companies will also have to disclose the originator of the information, which affects the security of the nation, defamation and inciting violence. “This is only in cases where punishment is more than five years like rape and hence there are proper safeguards in place,” clarified Prasad.

The new rules will now require digital media companies to follow Norms of Journalistic Conduct of the Press Council of India and the Programme Code under the Cable Television Networks Regulation Act, thereby providing a level playing field between the offline (Print, TV) and digital media.

India-headquartered Ola, one of the world’s leading mobility companies, has commenced construction of the world’s largest two-wheeler mega-factory on its 500-acre site. The company announced a Rs 2400 crore MoU with the Tamil Nadu government in December 2020 and rapidly completed land acquisition in January this year. The company is racing ahead to operationalise its factory in the next few months. An estimated more than 10 million man-hours have been planned to bring the factory up in record time, with the first phase becoming operational in the coming months.

Ola’s mega-factory will have an initial capacity of 2M units a year in phase 1 and will serve as the company’s global manufacturing hub for its range of electric-powered scooters and two-wheelers across India and international markets including Europe, UK, Latin America, Asia Pacific, Australia and New Zealand.

Expected to create 10,000 jobs, the factory will incorporate Industry 4.0 principles, and will be powered by Ola’s own proprietary AI Engine and tech stack that will be deeply integrated into all its systems. Ola is close to launching the first in its range of electric scooters in the coming months. The scooter is expected to have great design, removable battery, high performance and range as well as a host of industry first technology features.

The dramatic increase in fuel prices has led to a direct impact on the net earnings of Zomato delivery partners. Over this past month, Zomato has taken multiple steps to ensure that this increase in the running costs for delivery partners does not impact their net take-home earnings.

Zomato has introduced a revised pay structure for its delivery partners which will now include an additional component of distance pay. This component will be applicable over and above the existing remuneration, and will automatically be pegged to adapt to any changes in fuel prices in the future. It has also introduced long-distance return pay where for every long-distance order completed, its delivery partner would either receive another order within 15 minutes that would bring them back closer to their base areas of working or they will receive an additional payout for travelling the extra distance.

Founded by Tanushree Nagori and Aditya Shankar in 2017, Doubnut is a multi-lingual doubt-solving platform that uses artificial intelligence and machine learning for image recognition, natural language processing and proprietary algorithms to provide video-based solutions. The company has gotten good traction within its structured paid courses which include live tuition classes, video lectures, test series and other learning materials for classes 6-12th and test preparations for IIT-JEE and NEET.

More than 2.5 million daily active users are spending 600 million minutes per month on Doubtnut platforms. The funds raised will be used to expand the product into more languages and curriculum subjects and to launch new paid courses.

Innovaccer skyrockets to unicorn status with valuation of $1.3 billion after raising Series D

Innovaccer Inc, a leading healthcare technology company, today announced that it has closed a new round of growth funding at a $1.3 billion post-money valuation, led by Tiger Global Management. Existing investors Steadview Capital, Dragoneer, B Capital Group, Mubadala Capital and M12 (Microsoft’s Venture Fund) participated in the round as well as new investor OMERS Growth Equity.

This is the company’s first financing announcement since its Series C round, bringing the total capital raised by the company to over $225 million. With its additional funding, Innovaccer is launching the Innovaccer Health Cloud, a platform as a service that combines the company’s Data Activation Platform and application suite with an extensive set of platform services and tools that allow customers and partners to easily develop interoperable applications, perhaps with the help of Web App Development it will enable communication between apps, that improves patient outcomes and lowers costs.

On a general note, companies may also choose to obtain funding from a variety of other sources. For example, businesses that want to plan their expansion after a certain period may seek long-term financing. Long-term finance refers to financial instruments with maturities of one year or more. This instrument includes bank loans, bonds, leasing, and a variety of others. Long-term finance is for companies that have been in operation for more than five years. this financing may also include the issuance of equity shares. This is a type of investable security issued by a company to the general public. To generate a large company’s capital base, equity shares are sold to the general public as “Shareholders.” This method could be safe and secure, and beneficial in the long run. However, before investing in equity shares, investors should research the fundamentals of the stock market and the market value of the companies by reading blog posts on websites such as Sell.io.

UK and India-based SaaS platform, Wurkr that enables teams to work together from anywhere in an immersive virtual workspace, has raised over 1 million in seed funding to fuel the next stage of its growth. Hindustan Media Ventures Limited, one of India’s largest media companies, led the funding round with an investment of 700,000, and 188,000 was raised through equity crowdfunding platform Seedrs, where Wurkr beat its original funding target by 25 per cent with over 200 investors taking part.

Angel investor Yan van de Velde committed 100,000 as part of the Seedrs lead investment round, and an additional 100,000. Wurkr also exercised a Convertible Loan Note to secure further cashflow. The proceeds of this seed funding round will be used by the company to accelerate global growth, expand the team, further develop the product and maximise advertising and marketing activities.

Agri-tech start-up, Clover has launched its direct-to-consumer brand “Deep Rooted.Co” with a consumer app available as “Deep Rooted” on the Andriod and iOS platform. Deep Rooted.Co is a demand-backed supply chain solution for fruits and vegetables focused on quality, consistency, traceability and a high degree of predictability.

Catering to a growing market opportunity, estimated close to $100Bn in the B2B and B2C segment for vegetables and fruits, starting with Bengaluru and Hyderabad, Clover will invest over $2 million in creating farmer-facing input-output technology, investing in supply chain and cold storage capacities and communication to grow the brand Deep Rooted.Co.

Offering 80 plus SKUs across 6 categories of fruits and vegetables in Bengaluru and Hyderabad, including an Easy Cook Range, in the next 12 – 18 months, Deep Rooted.Co aims at ‘cluster-based’ expansion strategy to enter Chennai, Pune and Mumbai.

Battery Smart, which is building India’s largest network of EV-battery swapping stations for three-wheeled E-rickshaws, announced the closure of its seed round of an undisclosed amount led by Orios Venture Partners. Angel investment platform Faad Network also participated in the funding round.

Battery Smart already boasts of 25 operational battery swap stations in Delhi carrying over 1000 battery swaps every week on its network.

The company aims to set up a battery swapping station in every square km by opening 300 battery swapping stations in Delhi-NCR by the year end and onboard 5,000 E-rickshaw drivers on its platform in the next 10 months. It has developed an integrated B2B technology platform over IOT to manage its network and monitor the utilization and health of the batteries in real-time. Its small store partners are provided with smart chargers and a mobile app to efficiently run the swap operations at their premises. With this kind of technology opening up avenues for various industries, it is now left to see how IoT machine monitoring and preventive maintenance powered by industry 4.0 will fare in the coming times.

T-Hub, which leads India’s pioneering technology innovation ecosystem, today called for applications to the fifth batch of its flagship pre-acceleration program, Lab32. It comes after the successful closure of its third and fourth batch of 41 and 13 startups, respectively. Startups across India have been a part of this program and have raised Rs 100 crore over the past 12 months.

The fifth batch of Lab32 will commence on March 15, 2021 with selected startups that bring in leading-edge solutions for industries, such as health-tech, fintech, smart mobility, sustainability and edtech, among others. 30-35 startups will be shortlisted from applications after a focused and extensive screening process.

Social Alpha and Small Industries Development Bank of India (SIDBI) have joined hands to set up the Swavalamban Divyangjan Assistive Tech Market Access (ATMA) fund, a first of its kind inclusion fund offering financial grant to Social Alpha-incubated startups working in the Assistive Technology sector. Each start-up will have access to implementation support of up to Rs 20 lakh. The fund aims to promote innovation and reduce out-of-pocket expenditure for persons with disabilities and will finance up to 50 percent of product price for the initial users improving the access and reducing the out of pocket expenditure for procuring new technologies.